The Polish Community in Tasmania 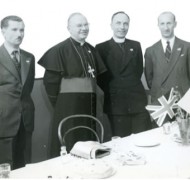 In October 1947 the first group of 280 Polish ex-servicemen – the so called “Rats of Tobruk” from the Carpathian Brigade – came to the Hydro-Electric Commission’s construction camps in central Tasmania to start work. It was the first organised group of non-British migrants contracted and sponsored by the Australian Government. This group was followed by others, ex-servicemen as well as civilian Polish settlers, mostly refugees from England and Germany.

The choice of Polish soldiers as the first Government sponsored group of non-British migrants was not accidental. Many friendships were forged when the Poles fought alongside Australians during the African campaign and the Polish soldiers, particularly the Carpathian Brigade, where known for their courage and discipline.

Over 800 Polish men arrived in 1947-48 in Tasmania. The majority of them spent two years working in isolated construction camps at Tarraleah, Bronte Park, Butlers Gorge, Waddamana and Liawenee. They worked 44 hours per week, in very rough weather conditions, living initially in provisional barracks with primitive facilities. In some of the camps, Polish rather than English was the main language of communication.

After completing their work contracts, most of the ex-servicemen stayed with the H.E.C. and while some remained in the camps, the majority moved to Hobart or Launceston.

In the 2016 census nearly 3500 Tasmanians claimed Polish ancestry and more than 1000 of those stated that both their parents were born in Australia. Most Polish groups are headed now by the children of the post war migrants. The vitality of these groups has enriched the entire Tasmanian community and is the most important legacy of Polish post-war immigration. 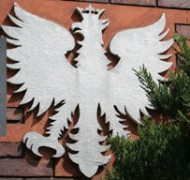 Current Clubs and Sections which are affiliated with the Polish Association: